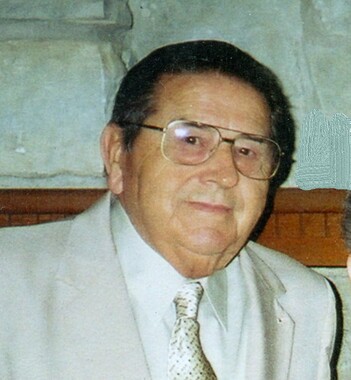 Back to Chester's story

Chester Edwin "Ches Ed" Elkin, age 99, husband of 76 years to Mary Ellen Gilbreath Elkin, died Thursday August 15, 2019 at the Compassionate Care Center. He was born on August 22, 1919 in the Wallaceton Community of Madison County to the late Chester and Nell Kidd Elkin. Mr. Elkin joined the Wallaceton Baptist Church at the age of 17 and was the oldest member of the church at his death. He was also the oldest member of Berea Masonic Lodge # 617 F & AM. Mr. Elkin served in the Air Force for the entirety of the WWII as an airplane mechanic and built an air strip for planes to land on the island of Iwo Jima. After the war he returned to Lexington and worked for South Eastern Greyhound for 10 years before moving back home to Berea. Mr. Elkin retired from the Kentucky Fish and Wildlife Department as a game warden. He also was a local businessman, building and operating Elkins Drive Inn Restaurant, Prince Royal Motel, early in his career. He also built Sweet Betty's Restaurant for Sweet Betty and owned and operated the Oh Kentucky Campground until 2015. Ches Ed as he was known by everyone loved Madison County and served on the tourism commission for many years always wanting what was best for the county.
Other than his parents he was preceded in death by a daughter, Debbie Elkin Bowman and his sister, Margaret Tracy.
Surviving are his wife, Mary Ellen Gilbreath Elkin and his daughter, Alvanell Elkin both of Berea, KY.
Funeral services will be 1:00 PM Monday, August 19, 2019 at Davis & Powell Funeral Home with Rev. Bobby Fugate officiating. Burial with full military honors will follow in the Berea Cemetery, Pallbearers will be, Doug Fritz, Harold Eden, Donnie Shelton, Dwayne Cress, Kevin Crutcher, and Joe Combs, honorary pallbearers are Mac McAfee, Alan Wayne Wallace and Don Combs. Visitation will be from 11:00 AM until the service. www.davisandpowellfuneralhomec.om
Published on August 16, 2019
To plant a tree in memory of Chester Edwin Elkin, please visit Tribute Store.

Plant a tree in memory
of Chester

A place to share condolences and memories.
The guestbook expires on November 14, 2019.