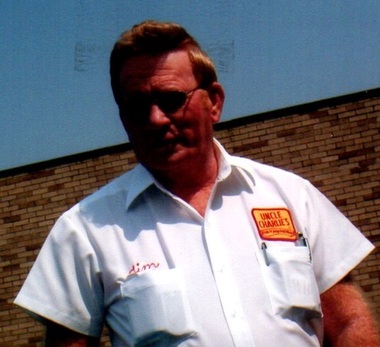 Back to James's story

Plant a tree in memory
of James

A place to share condolences and memories.
The guestbook expires on February 23, 2020.

I got to know Jimmy thru the school at Prichard Elementary in Grayson,Ky. Jimmy was a great person. After I retired I still order from Uncle Charlie's and from time to time he would answer the phone and we would talk before he would transfer me to Barbara. So very sorry for your loss. He will be missed. I called yesterday to place a order and Barbara told me about him.

Beulah
I only met him once, but I know he was a good Christian man. He has a wonderful family, our God will watch over them in their times of sorrows.
Carol and Donald Spears
I have know Jimmy for 55 years . Jimmy was Loved my everyone who knew. God called him home now is walking the streets of Gold and with his son and family a great celebration in Heaven . Some sweet day we will see him again.
Angela Henderson

You may be gone but your memories will live on forever. You were a good man who loved his family and loved to show off pictures of his beautiful grandchildren! He was also a good co-worker. If it weren't for Jimmy, I couldn't have made it this long at Uncle Charlie's. He kept my spirits up! I have only had the honor of knowing Jimmy for over 8 years now. He was my friend. it's not going to be the same.
I want to express my condolences to Jimmy's family. He really loved you! Prayers for you all!