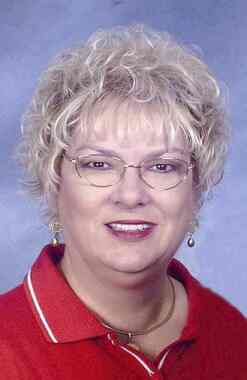 Back to Margaret's story

Margaret Ann Brandenburg Hensley, 69, passed away on Thursday, November 28, 2019, at Baptist Health-Richmond.
Margaret was born on October 8, 1950, in Richmond, and was the daughter of John Wilson Brandenburg and Mildred Estes Brandenburg. She was a retired bank teller and was a member of First Christian Church.
Survivors include: her daughter, Melony Lane; her mother, Mildred Brandenburg, of Richmond; one brother, Mike Brandenburg (Jennifer), of Richmond; four nieces, Lindsey Wiley (Casey), Katie Stallons (Cody), and Bobbi Brandenburg, all of Richmond, and Megan Parker (Geoff), of Lexington; one nephew, Jack Brandenburg (Trista), of Ponte Vedra Beach, FL; seven great-nieces and nephews; beloved aunt and uncle, Janie and Jim Judy, of Lexington; and Jerad Richardson, whom she thought of as a grandson.
She was preceded in death by her father, John Wilson Brandenburg, and one brother, John Brandenburg, Jr.
A funeral service will be held at 1 p.m. on Tuesday, December 3, 2019, at Oldham, Roberts & Powell Funeral Home, with Rev. Mark Condrey officiating. Burial will follow in the Richmond Cemetery. Visitation will be from 11 a.m. until the time of service on Tuesday.
The family would like to thank her caregivers, Cecelia Ashcraft, Brittany Jordan, Shirley Lowe, and Patty Hobbs, whose companionship and friendship she cherished, and the staff of Telford Terrace.
In lieu of flowers, memorial donations are suggested to either First Christian Church, P.O. Box 216, Richmond, KY 40476, or McCready-Telford Foundation, 300 Stocker Drive, Richmond, KY 40475.
Published on November 29, 2019
To plant a tree in memory of Margaret Ann Brandenburg Hensley, please visit Tribute Store.

Plant a tree in memory
of Margaret

A place to share condolences and memories.
The guestbook expires on February 27, 2020.

Tamara Hoffmann
I worked with Margaret a few times as a Physical Therapist at Telford, she was a sweet sister in Christ. I am saddened by her suffering and passing, may God comfort her family.
Betty Henry
Margaret Ann could be a handful but most of the time she was very thankful for everything you did for her she always smiled when we would cut up with her she is so missed around here She was truly a very special person You are in my thoughts and prayers Love and prayers Betty Henry
Boydennia
We reconnected a few years ago and went and had lunch together.. I enjoyed our time together it was great reliving school days when she taught. I will surely miss her sweet smile and her loving nature. My deepest condolences to the family and friends.
Ron and Doris Coffman
We are so very sorry to hear this news and Carol Coffman Westerfield is
so sorry she is out of town at the time. She enjoyed helping Margaret at
Telford Terrace and will miss her so much.
View all