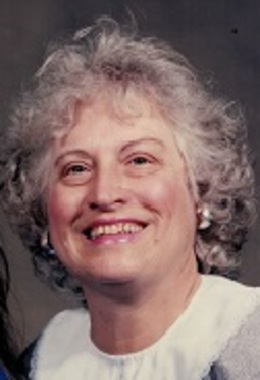 Back to Rochelle's story

Rochelle S. Williams died peacefully Friday June 14, 2019 at the Compassionate Care Center in Richmond surrounded by her loving family. She had valiantly battled Alzheimer's dementia for over 10 years.

She was born Helen Rochelle Stephens on June 1, 1938 to Glenn Holt and Sue (Finley) Stephens of Williamsburg, KY. Both her parents being musicians, it is not surprising that it was discovered at an early age that she also had a talent for music. She began piano lessons as a young child and thus her passion was ignited for what would be a lifetime of musical dedication on multiple instruments and as an excellent choral musician.

Rochelle excelled academically also, graduating valedictorian of her Williamsburg High School class of 1956. While earning her B.A. in music education at the University of Kentucky, she studied clarinet, voice, and organ in addition to her piano lessons. She performed as first desk clarinetist with the University Symphonic Band and sang with the Choristers. In the summer of 1959 she won a national award for leadership and achievement from Phi Beta, a national professional fraternity of music and speech. She graduated from UK in 1960. She attended Florida State University on a graduate fellowship, earning her master's of music in 1962.

After graduation from FSU, Rochelle returned to her native Kentucky to teach music in the Frankfort public schools. While there, she met and married fellow teacher and coach James Roy Williams on June 13, 1964. They would be married 26 years before his death in 1990.

Shortly after their marriage the couple relocated to his hometown of Berea where they built a life and raised their only daughter, Mary Katherine.

After the birth of her child, Rochelle quit teaching in the public sector and taught private piano lessons in her home. She was especially patient with adult learners and always had time to discuss piano with any interested student, old or young.

She is survived by her daughter Mary Katherine Stinson, son-in-law Alfred Stinson, four grandchildren AJ, Elijah, Azaria, and Xander Stinson all of Berea, and one dear friend, Lola Stinson of Brooklyn, NY.

Plant a tree in memory
of Rochelle

A place to share condolences and memories.
The guestbook expires on September 17, 2019.

Restore the guestbook to view the 1 more posts by family and friends, and share a memory or message of condolence of your own.