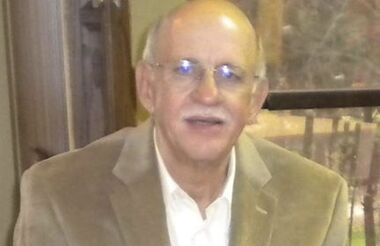 Back to William's story

Bill was the son of Ewen and Wilma (Adams) Crase, both deceased. Two sisters, Selma Cantrell and Linda Crase, and a nephew Bobby Crase preceded him in death. He grew up in Jenkins, Letcher County, Kentucky.

He is survived by his wife Doris (Anglin) Crase; one sister Marietta Ball of Xenia, OH; a brother, Tom (Rosalinda) Crase of Marathon, TX; one niece, Wilma Carol (Sam) DeLong of Nicholasville, KY, and nephews, Chris (Linda) Ball of Lake Orion, MI, Mike (Terri) Cantrell of Terrell, TX and Michael Crase of Austin, TX. Bill is also survived by several cousins and many friends and neighbors.

He was a Christian and a member of Berea Baptist Church.

During his life, Bill attended The University of KY, service in the U.S. Army in South Vietnam and had a successful 34 year Civil Service Career with the Department of Defense. He and Doris resided near military installations in Kentucky, Arizona, and Missouri before retiring to Berea in 2002. Bill began his career in computer systems operating early telecommunications technical and management capacities and eventually commanded one of the DoD's five large business computing centers at St. Louis, MO, which process Army and Marine Corps computing applications serving soldiers and Marines all around the world. Bill was always grateful to known, led, and worked for some of the finest military and civilian personnel in the DoD computing field of the latter part of the 20th century.

In retirement, he was active in his church and served as past president of the DARFE, Boonesboro Chapter 1249. He was a lifelong sports fan, enjoyed playing golf and had a strong interest in reading history and historical fiction particularly works relating of the Civil War period. As a hobby, he and Doris visited most of the major Civil War battlefield parks.

Funeral service will be 1 p.m., Friday, Sept. 13, 2019, at Berea Baptist Church with Revs. Kevin Slemp, Stephen Hobbs, and David Evans officiating. Burial will follow in the Madison County Memorial Gardens in Richmond. Visitation will be Thursday evening from 6-9 p.m. at Berea Baptist Church. Lakes Funeral Home is in charge of arrangements.

Plant a tree in memory
of William

A place to share condolences and memories.
The guestbook expires on December 09, 2019.